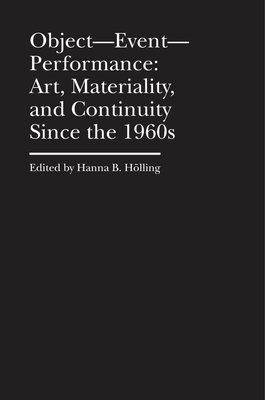 By Hanna B. Hölling (Editor)


Backordered
A volume considering questions of conservation that arise with new artistic mediums and practices.

Much of the artwork that rose to prominence in the second half of the twentieth century took on novel forms—such as installation, performance, event, video, film, earthwork, and intermedia works with interactive and networked components—that pose a new set of questions about what art actually is, both physically and conceptually. For conservators, this raises an existential challenge when considering what elements of these artworks can and should be preserved.

This provocative volume revisits the traditional notions of conservation and museum collecting that developed over the centuries to suit a conception of art as static, fixed, and permanent objects. Conservators and museums increasingly struggle with issues of conservation for works created from the mid-twentieth to the twenty-first century that are unstable over time. The contributors ask what it means to conserve artworks that fundamentally address and embody the notion of change and, through this questioning, guide us to reevaluate the meaning of art, of objects, and of materiality itself. Object—Event—Performance considers a selection of post-1960s artworks that have all been chosen for their instability, changeability, performance elements, and processes that pose questions about their relationship to conservation practices. This volume will be a welcome resource on contemporary conservation for art historians, scholars of dance and theater studies, curators, and conservators.

Hanna B. Hölling is associate professor in the history of art and material studies in the Department of History of Art, University College London. She is also research professor at the University of the Arts in Bern, Switzerland.
“Object—Event—Performance lays out several tantalizing observations on the ways that art since the 1960s increasingly challenged the traditional values found in art and conservation. . . . The volume is ambitious and informative, and the approach particularly germane to the artistic practices that are predicated upon live performance, variously conceived, with elements captured in ways difficult to preserve or transfer. It is a valuable contribution to conversations that continue to be explored within the field of conservation.”
— Joyce Tsai, University of Iowa

“This collection is promising for its conception of conservation as a ‘participative practice’ that alters as much as conserves an object or a work and for its emphasis on the dynamic changeability of art’s materialities. It is also promising for the ways that it attempts to speak across audiences who are often segregated into either practitioners, scholars, curators, or conservators.”
— Rebecca Schneider, Brown University