Tales from the Trails: Runners' Stories That Inspire and Transform (Hardcover) 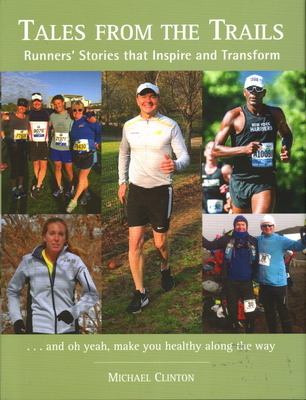 Tales from the Trails: Runners' Stories That Inspire and Transform (Hardcover)


Special Order—Subject to Availability
Running: it's as simple as striding forward just one foot after another, but as author Michael Clinton has learned over more than 40 years as a runner, it's so much more than just exercise. It's a test of physical and mental endurance and a way to connect with the environment, the global community of runners, and, ultimately, yourself. From the streets of Paris, Buenos Aires, all the way to Sydney, Clinton has gone the distance, never forgetting his running shoes in all of his globetrotting adventures to over 120 countries. In Tales from the Trails, Clinton along with numerous contributors, including George A. Hirsch, chairman of the New York Road Runners and founder of the New York City five-borough marathon, detail inspirational stories of trial, tribulation, and triumph, revealing how running has helped one find love, strengthened a relationship with God, and assisted in overcoming fear and disappointment. Tales from the Trails is a reminder to lace up and hit the trails to run for your life, love, and happiness.
Michael Clinton is a seasoned magazine publishing executive. His most recent role has been president and publishing director for Hearst Magazines. His responsibilities included oversight of over 25 magazine media brands, including Esquire, Harper's Bazaar, O, The Oprah Magazine, and Men's Health. He is the author of 9 books and is happiest when he is running with friends and his Vizsla, Hannah, in New York's Central Park.