The Other Goddess: Mary Magdalene and the Goddesses of Eros and Secret Knowledge (Paperback) 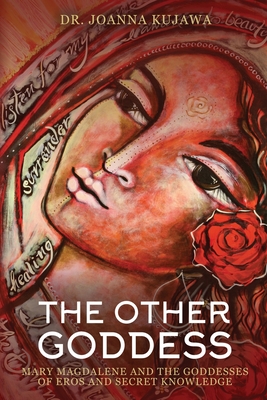 The Other Goddess: Mary Magdalene and the Goddesses of Eros and Secret Knowledge (Paperback)

Is there a lineage of goddesses that claims the evolutionary power of female sexuality? And if so, why were they pushed to the shadows and demeaned as harlots? Was Mary Magdalene one of them, and what were her teachings?

Dr. Joanna Kujawa argues that in the process of recovering the healing power of the Goddess we have focused solely on the mother archetype and left out the other Goddess, who is often represented in mythical, historical, and Gnostic sources as wise, mysterious, and in the possession of the healing power of Eros.

Looking into esoteric traditions that celebrated the Goddess and her art of sexual alchemy, Dr. Joanna Kujawa sets out on a detective journey to answer these questions. She discovers that Mary Magdalene stands at the center of this investigation. Learn about her portrayal in the gnostic gospels as a teacher in her own right and Jesus' intimate partner, the possibility of her life as an alchemist in Egypt, and her last years in Southern France. Find out if Mary Magdalene was the same person as Mary the Prophetess of Egypt and her connection to the mysterious Cathars, Black Madonnas, and Knights Templar.

Whether looking at Mary Magdalene, Sophia, Aphrodite, Inanna, Hathor, Isis, or the goddesses of esoteric Hinduism, Dr. Kujawa finds the archetype of The Other Goddess-the bearer of the mysteries of sexual alchemy that ends the division between sexuality and spirituality.