Waiting for a Song in the Night: The Trauma of Pastoral Termination (Paperback) 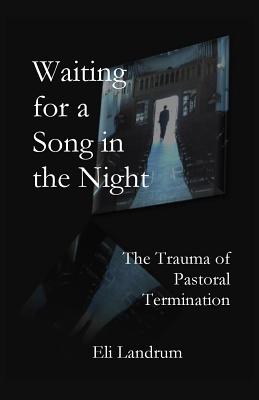 Waiting for a Song in the Night: The Trauma of Pastoral Termination (Paperback)

Life has exhilarating moments when the spirit soars and the heart sings out of pure, unrestrained joy. A person experiences such elation, peace, and satisfaction that music─or at least some semblance of melody─seems to be the only appropriate response. So, in monotone, on perfect pitch, or somewhere in between, the soul sings its happy expressions of praise, gratitude, and sheer celebration of life that, for the moment, is good. Often, spontaneous songs that well up from life's depths are addressed to God in answer to His grace and goodness.

Conversely, life also has dark moments when the heart cannot sing. The spirit can produce no melody; and the words of song cannot get around, over, or under a large lump in the throat. Life inspires no rhymes. A long night of the soul settles in and presses down on life with its inky, suffocating darkness. In a blackness almost physical in denseness, no song comes to lips drawn tight by anxiety's strain and by tension's taut pull. An individual has come to the point where God gives no song in the night; in fact, God seems to be absent or, at best, the great, silent Spectator.

As I write, scattered across my denomination's landscape are pastors in various stages of pilgrimages of pain. They struggle through a seemingly endless night with no song to sing. They comprise a society of sufferers, bound together in a brotherhood by the burden they bear. These pastors are facing increasing pressure to resign immediately or by a set date, regardless of whether they have a place to go. Some have been told they are being terminated. Their churches─or groups of leaders who hold the power─have decided and decreed that the pastors' tenures have come to a screeching halt. Often, the verdicts are delivered in the name of the Lord, piously phrased in self-assured religious dialect.

The pastoral victims' names are legion. Many laypeople would be shocked to know the number of pastors who face termination each week across the Southern Baptist Convention. People genuinely concerned about ministerial leaders would be dismayed at some churches' treatment of pastors. How many pastors per day fall in the religious arena? People in the pews would be surprised. According to statistics supplied by the Church Administration Department of the (then) Baptist Sunday School Board, a survey revealed that in 1984, 1,056 pastors had been terminated, a rate of 88 each month. In 1988, a similar survey showed that 1,392 pastors annually were terminated, about 116 pastors each month─ almost four pastors a day and an increase of 28 per month from the 1984 survey. Again, according to compiled statistics, in 54 percent of the cases involving serious church conflicts, the pastor left or had to leave. In 1999, 72,000 pastors and clergy were fired across America for various reasons. In some cases, the pastors were partially at fault; but in others, they were not at fault. Yet they and their families were pinked-slipped and shown the door.