Pay Up!: Preventing a Disaster with Your Own Insurance Company (Hardcover) 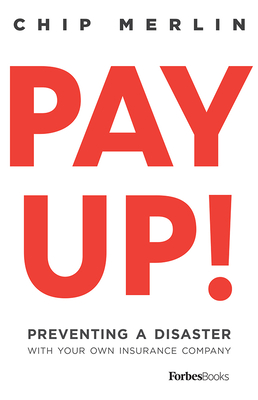 Pay Up!: Preventing a Disaster with Your Own Insurance Company (Hardcover)


Not On Our Shelves—Ships in 1-5 Days
LEARN HOW THE MODERN INSURANCE INDUSTRY FUNCTIONS AND DYSFUNCTIONS With Pay Up , attorney Chip Merlin exposes the bad faith practices of insurance companies that take advantage of their own customers. The claims process has become so automated that legitimate claims are denied without ever being seen by human eyes. Exceptions and exclusions are buried within small print that can bury your claim. Many claims departments operate under a culture of paranoia in which legitimate claims are denied, sometimes accidentally, sometimes not. Cost-cutting measures birth "self-serve" policies that force the policyholder to do the insurer's job. Insurance lobbyists are so enmeshed in the political process that it can be hard to know whose side industry regulators are on. Commercial and individual policyholders pay premiums with the understanding that insurers will pay claims fairly, fully, and promptly. It's time for the insurance industry to Pay Up.