The Seduction of the Episcopal Church (Paperback) 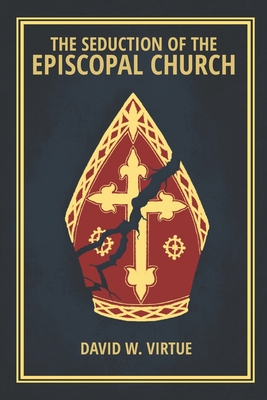 The Seduction of the Episcopal Church (Paperback)


Not On Our Shelves—Ships in 1-5 Days
(This book cannot be returned.)
In 1962, 1964, and 1965, the Episcopal Church's liberally educated bishops failed to defrock Bishop James Pike for the obvious heresy of denying the doctrine of Christ and the Trinity. Their inability to defend their faith created the climate that allowed a single, homosexual, layman, to initiate a takeover of the Episcopal Church. He succeeded. In one generation, the once proud landmark church of presidents, senators, and business leaders went from thoroughly heterosexual to pansexual. Unfortunately, the result of this Pyrrhic victory is that the Episcopal Church is hemorrhaging Episcopalians and on a downward slope to extinction.The Seduction of the Episcopal Church reads like a community organizer's casebook on how to co-opt an organization. By comparison, it is also a defensive guide for organizations under assault by liberal forces. It identifies the strategies, attack points, and battle grounds progressives choose allowing them to fend off those of orthodox faith and morals. David Virtue's swashbuckling account of the demise of a once significant and powerful denomination is a wake up call to established progressives who have departed from their theological moorings. His warning is that the current is swift, the water deep, and, if left unchecked, the results will be catastrophic.