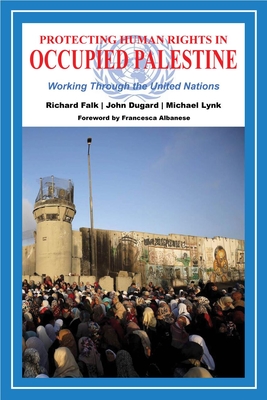 
Backordered
This book is the first comprehensive examination of UN efforts to protect Palestinian human rights in the territories occupied by Israel more than 50 years ago in the 1967 War. Working through the UN Human Rights Council in Geneva, three top international legal experts served for six consecutive years as unpaid Special Rapporteurs with a UN mandate to report on Israeli violations of international humanitarian law and human rights standards. Being outside the discipline that controls UN bureaucrats, they enjoyed a high measure of political independence in carrying out their factfinding and reporting missions. Strikingly, despite their differences in background and political outlook, they came to a unanimous consensus confirming the routine and various Israeli violations of Palestinian basic rights. This book recounts their frustrations, their trials, their experiences, and their conclusions.

This joint effort breaks new ground in studies by the UN in several respects. It demonstrates both the positive role played by the UN in a politically controversial area and its blockage by geopolitical forces preventing it from securing the implementation of international law.

However, the intense reactions of Israel and pro-Israeli NGOs to this UN work, most notably by UN Watch, attest to the significance of a reliable accounting of Israeli violations of Palestinian human rights Their consistent evasion of the substantive charges made by careful reporting, and recourse by Israeli supporters to discrediting, defamatory attacks on the persons of these Special Rapporteurs, with charges of anti-Semitism, the core of which is subtly shifted from its proper usage as hatred of Jews to justifiable criticism of the state of Israel.

While some might argue that the UN inability to enforce international law as futile, or worse, view the UN as merely a vehicle of power politics, this book proves that international public opinion and international solidarity politics are influenced by persuasive expert findings as to international law. Such well-evidenced conclusions encourage transnational activism, as is evident from increased worldwide support for the BDS Campaign and other nonviolent external pressures.

This brilliant and authoritative account of the manner in which Israel has administered the Occupied Palestinian Territory during the past 20 years should be regarded as the definitive assessment of that situation.