On Freedom and Revolt: A Comparative Investigation (Paperback) 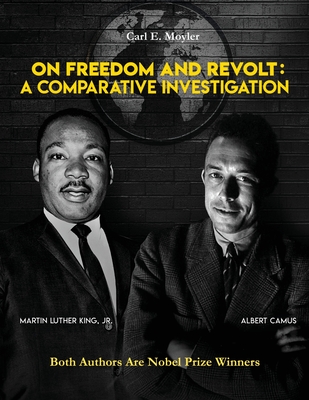 On Freedom and Revolt: A Comparative Investigation (Paperback)

This book is dedicated to all those heroes and heroines who have seen and will see life as a daring adventure to be given in the name of service to humanity, to justice and to freedom. We know a few of them, but many others are lost among the nameless crowd. Albert Camus and Martin Luther King Jr are two first class role models who lived out thier passion for justice and freedom. Today, they are among the heroes who are well rememberd around the world. The following words seem appropriate to reflect what they stood for: "For all who have sought to make a difference in the lives of men by their service and life, and to lighten the dark places of the earth" (Source: inscription on the wall of the Civil Rights Museum, 16th street, Birmingham, Alabama, USA) (Author unknown).

Camus and King were born, reared and lived as personal witnesses to the political, economic and social ravages of their time and place. Neither man was willing to stand in the presence of tyranny, oppression, racism, exploitation, murder, war and do nothing. Therefore their response, based on their calling, was a revolt for freedom.

Camus was the moral conscience of thousands of people, young and old, in Europe, the United states, and other places. He was able to impart to generations past and present a vision of hope and courage that gave optimism to doubt and uncertainty.

Likewise, Dr. King in his nonviolent American civil rights struggle has left a message for present and future times a philosophy of militant nonviolent revolt in the face of overwhelming nullification against himself and his followers that is infused with hope, justice and love.

Comparing the writings of these two Nobel Laureates and international hero-scholars is put forth here as a contribution to the never-ending quest for a more just, humane and rational world where we coexist in a civilized society in pursuit of being "My brother's keeper."