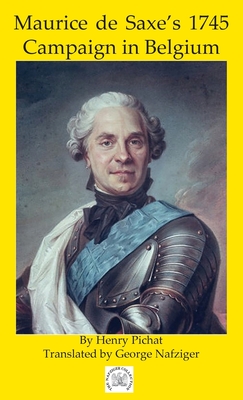 Originally published in France, in 1909, and translated by George Nafziger, Henry Pichat, "Maurice De Saxe's 1745 Campaign in Belgium" is an account of Saxe's campaign that featured actions at Ghent, Ostend and most famously Fontenoy as part of the War of Austrian succession. Consulting a detailed bibliography, the author has provided a detailed, but concise history of the campaign. This edition contains maps, lists of troops and images of prominent persons in the campaign.