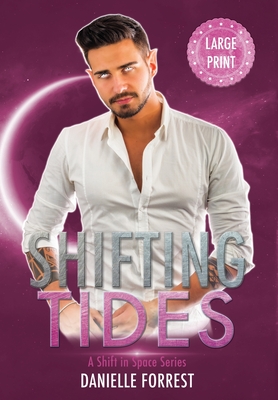 Sometimes, running's not an option.

Jessie is just plain tired of her sister's romantic antics. And envious. After spending most of her teenaged years on a pirate spaceship trying to avoid her sister's revolving door of beaus, she's ready to spread her wings, find her place in the world, and maybe even find that special someone she hopes is out there somewhere.

But her first steps toward independence don't exactly go to plan. She's starting to get noticed as an artist, but her love life is nothing but a long string of first dates... and a stalker who just got violent. Then, when she spots him outside her apartment, she knows it's time to do something desperate...

Shifting Tides is Book 4 in the A Shift in Space series, but can be read as a standalone. This Sci-Fi romance featuring a trans woman and alien man both struggling to find their place in society, kidnappings, and a government secret that will change the world. Unearth the conspiracy today