Guardians of the Gospel (Paperback) 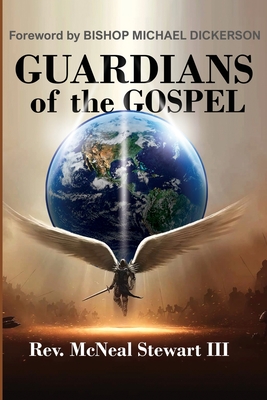 Guardians of the Gospel (Paperback)

new destiny. He is called to a historic church in Elkhart, Indiana. A quaint but busy little town in the

MIdwest, a manufacturing hot spot, with all the history of a rural farm community. He and his family

move to Elkhart only to find everything is not as rosy as a Norman Rockwell picture of the midwest. The

the church, rage in this personal narrative of pastoral survival. Pastor Stewart, his wife, and his children

find themselves in a desperate situation, as the powers that be reveal their intent to keep him from

moving the church in a new direction and out of the clutches of their control. The men seek to

sympathetic judge to bring a guilty verdict, just as Christ was thrust upon Pilate's court. The Pastor

however, is not alone, he is joined in this struggle for survival by brave men and women of faith that

take a stand against the men that are determined to drive Rev. Stewart and his family away by any