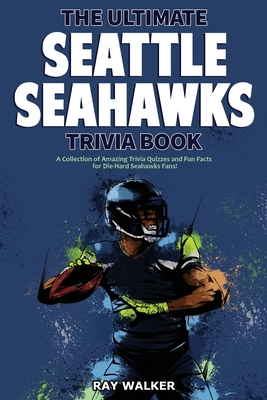 The Ultimate Seattle Seahawks Trivia Book is a staple for anyone who loves football, sports trivia, and the Seahawks. You will be tested on your knowledge of mind-blowing facts from the early days of the franchise, as well as the current era of Seahawks football led by the likes of Russell Wilson, D.K. Metcalf, and Tyler Lockett.

Within these pages, you will find answers to over 350 trivia questions as well as hundreds of interesting facts, including:

Whether you're a lifelong 12th Man or are simply looking to score a touchdown on NFL Trivia Night at your local bar, The Ultimate Seattle Seahawks Trivia Book is for you.