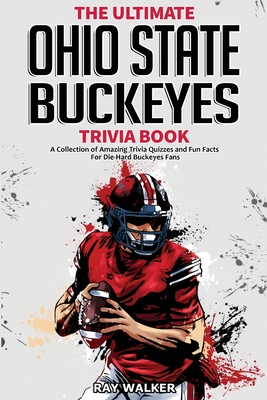 Do you think you're the ultimate superfan of the Ohio State Buckeyes?

Do you have a friend who bleeds scarlet and gray?

Do you want to learn about the history of your favorite Big Ten school's football program?

Even if those questions don't apply to you, The Ultimate Ohio State Buckeyes Trivia Book is the best book for learning about the Buckeyes and their history. This trivia book is packed with interesting facts about Ohio State football from cover to cover, taking you from the playing fields of Columbus to the being drafted into the National Football League.

In this book, you'll discover the answers to such questions as:

Whether you are an Ohio State fanatic hungry for more information about the team, a Big Ten superfan craving knowledge about the teams in the league, or just someone who enjoys learning new, interesting facts, this book is right up your alley. You will not be disappointed in discovering the world of the Ohio State University Buckeyes, so just crack open the book, sit back, relax, and enjoy the wave of knowledge.