The Light from Behind the Sun: A Reformed & Evangelical Appreciation of C.S. Lewis (Paperback) 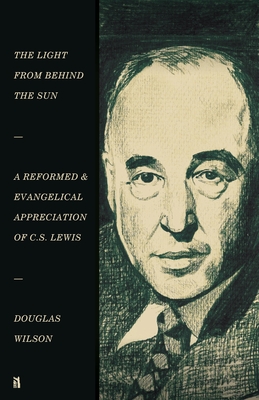 The Light from Behind the Sun: A Reformed & Evangelical Appreciation of C.S. Lewis (Paperback)

"If I were to calculate the impact that various writers have had on me-and there have been many who have-C.S. Lewis would always come in first, and by a large margin." Douglas Wilson

In this collection of essays, Douglas Wilson talks about one of the most beloved Christian writers of the twentieth-century: C.S. Lewis. Lewis was the kind of writer who, whether you agree with him or not, will edify and sharpen you. Douglas Wilson discusses everything from Lewis's odd images of salvation in The Last Battle to Lewis's view of creation to his take on heaven, hell, and education.

Owen Barfield once said that what Lewis thought about everything came out in what he said about anything. Lewis's writing is powerful because he understood that everything in the universe proclaimed God's glory and thus shines with the personality of God, He Who is the "light from behind the sun."

Douglas Wilson is a pastor in Moscow, Idaho, a father of three, and grandfather of seventeen. He is the author of numerous books, including What I Learned in Narnia, Wordsmithy, and Mere Fundamentalism.