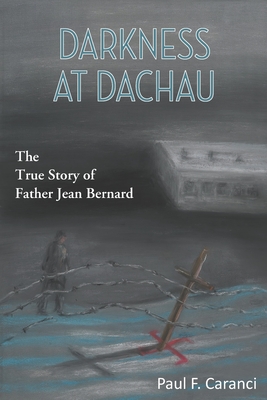 
Not On Our Shelves—Ships in 1-5 Days
(This book cannot be returned.)
The impact that Adolf Hitler's Third Reich had on European Jews, Communists, Poles, Gypsies, homosexuals, the disabled and various others deemed by the Nazis to be "Asocials", is a well-documented fact of history. Less discussed, however, is Hitler's disdain for organized religion and his attempt to eradicate Christianity from Europe. Dachau, the first and most brutal of all the Nazi concentration camps, was also the site chosen to assemble the largest gathering of Catholic and Christian clergymen in history. Their inhumane treatment at the hands of the most ruthless collection of behemoths known to humanity, is brought to graphic life through the eyes of a Catholic priest imprisoned in Dachau in the early 1940s.
Darkness at Dachau is the remarkable true story of Father Jean Bernard's stay at Germany's most brutal prison camp. The Luxembourg priest had been a vocal critic of the Nazi regime and used the Catholic film office to advocate his anti-fascist views. Following a year-long incarceration, Fr. Bernard was given an unprecedented ten-day furlough during which time he was presented with an opportunity that would result in his permanent release and the release of the hundreds of other clergymen housed at the Nazi camp. All he had to do was admit that he had been wrong in his opposition to the Third Reich and endorse its policies. Would he comply with their wishes to free himself and his fellow priests or would he return to the daily torture, starvation and inhumanity that was life at Dachau?
Darkness at Dachau: A Clergyman's Perspective, is destined to become a tour-de-force in the study of the impacts of Nazi Germany on religious freedom. It also exposes a dark and critical history that receives far too little attention.