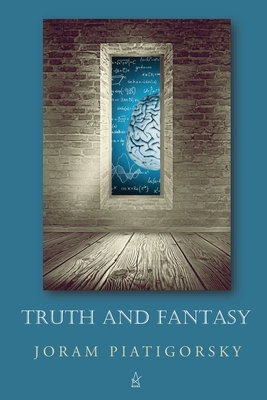 "Creativity is an endless parade of possibilities, it's not a goal, Joram Piatigorsky reflects in this diverse collection of essays. Whether writing about the brain, tennis, a bookstore in Iceland, old friends, marriage, death, snow, movies, or the notion of creativity itself, he joins the parade with enthusiasm and unbounded curiosity."-Bill O'Sullivan, senior managing editor, Washingtonian magazine

"Truth and Fantasy hits the mark on so many levels -- whether conveying the wisdom of bees or the meaning of fatherhood or the immense power of silence. With a disarming curiosity and warmth, Piatigorsky's observations always emerge plainly, sometimes starkly, in the distance, leaving the reader with a precise and surprising understanding of what is being seen - and even what is not seen. -James Mathews, author of Last Known Position

"...Piatigorsky is never dogmatic, but rather provides the reader with a passport to consideration of a topic from that individual's personal context. These analyses of life's landscape stay with you long after you put the book down." -Margaret McFall-Ngai, Professor and Director, University of Hawaii at Mānoa, member National Academy of Sciences U.S.A.

"Through concurrent lifetimes dedicated to athletics, research, collecting Inuit and African art, travel and writing, the scientist facilitates our investigation of a life lived large. Then the writer takes over, proposing ways we can weave the truths we have discovered into the fabrics of our own lives." -John Houston, Inuit art dealer and filmmaker, producer of Atautsikut / Leaving None Behind

During his 50-year research career at the National Institutes of Health, Joram Piatigorsky has published some 300 scientific articles and a book, Gene Sharing and Evolution (Harvard University Press, 2007), lectured worldwide, received numerous research awards, including the prestigious Helen Keller Prize for vision research, served on scientific editorial boards, advisory boards and funding panels, and trained a generation of scientists. Presently an emeritus scientist and writer, he collects Inuit art, is Vice-Chairperson on the Board of Directors of The Writer's Center in Bethesda. He blogs at his website (Joramp.com), has published personal essays in Lived Experience and Adelaide Literary Magazine, a novel, Jellyfish Have Eyes (IPBooks, 2014; Adelaide Books, 2020). He has published the following books with the present publisher, Adelaide Books: a memoir, The Speed of Dark (2018), two collections of short stories, The Open Door and Other Tales of Love and Yearning (2019) and Notes Going Underground (2020). He has two sons, five grandchildren, and lives with his wife in Bethesda, Maryland.