We Believe in the Communion of Saints (Paperback) 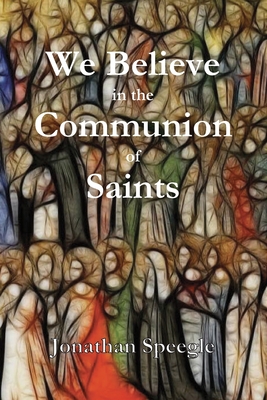 We Believe in the Communion of Saints (Paperback)

Disagreements about the role of the saints, and especially about their prayers and the prayers of the living for and to the Christian dead, have been a source of hostility between Christian groups for hundreds of years. It remains a notable difference in the opinions and convictions of ordinary Christian people today. While many Protestant Christians still liturgically affirm their belief in "the one . . . Church," "the Communion of Saints," and "the life everlasting," doctrinal uncertainty still abounds for traditional doctrines in terms of Purgatory, paradise, hell, and heaven are not preached with much conviction, if at all. All the while, concern to know about the life of those whom they have known who are now dead, and concern to know what will happen to them, compel Christians to explore the world beyond.

Far from being simply a matter of traditional rivalries, the Communion of Saints is one of the issues of Christian belief that believers are least able to ignore or dismiss as speculative theology. For death will come to every person and nearly all persons have been or will be profoundly affected by the death of their beloved. The questions that arise from such experiences and fears are urgent and important, calling upon theologians for an answer. In short, what we say about the great saints of history is, at heart, also what we say about all the departed and, at last, what we say about ourselves.

This book, then, will ultimately serve as an attempted corrective to historic Protestant theology and modern Protestant popular piety in at least three ways. First, it will assure Christians that no member of the Church, whatever his or her condition, stands alone: "If one member suffers, all suffer together with it; if one member is honored, all rejoice together with it. Now you are the body of Christ and individually members of it." 1] The Church is not a collection of individuals having their own personal relationships with Christ to the exclusion of all others. To commune with Christ requires a communion with his Body, for one cannot claim to possess the Head to the exclusion of the Body. "For God] has put all things under his feet and has made him the head over all things, for the church, which is his body, is the fullness of him who fills all in all." 2]