The Agony of Polemos (Paperback) 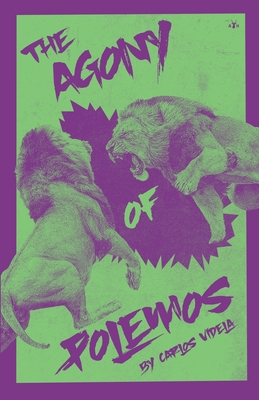 The Agony of Polemos (Paperback)


Not On Our Shelves—Ships in 1-5 Days
(This book cannot be returned.)
Ancient man lived his life in the perpetual shadow of violence and war, but he did not view this as a cause for fear and mourning. Rather, this constant struggle was once viewed with exultation and awe, especially by the Indo-European civilizations, the masters of war, and in particular the Greeks.

The "agony" is the struggle-physical, spiritual, and eternal-through which identity is formed. "Polemos" refers to war, the "king and father of all" according to the ancient Greek philosopher Heraclitus. Drawing on Heidegger, Nietzsche, and contemporary scholars, Videla hearkens the reader back to a pre-Platonic understanding of life, in which strife and the heroic virtues that result from it are not errors or pitfalls, but instead the highest duty and most formative experience of humanity. Through struggle, both individual and collective entities come into being by differentiating themselves from formless chaos, and in it they find their purpose and develop virtue. Videla argues that Polemos represents a primordially European philosophical tradition whose hour of resurrection has come, as a means of triumphing over the miasma of our time.

Antelope Hill Publishing is proud to present the English translation of The Agony of Polemos, originally published in Spanish in 2017, a contemporary philosophical work that presents a fitting claim to Heidegger's legacy and a powerful call for a new age of heroism.