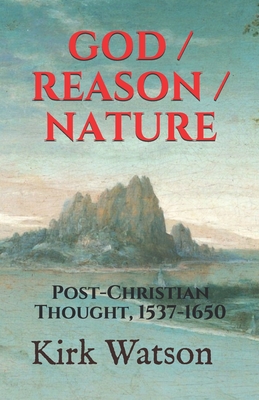 
Not On Our Shelves—Ships in 1-5 Days
(This book cannot be returned.)
What did unauthorized thought look like in the French Renaissance, the Reformation, up to the early Enlightenment? Pantheism, atheism, deism, hedonism, and free philosophy in general. What happened to those who wrote books like these? They were decapitated, hung, strangled, burned, had their tongues cut out; they were also exiled, their books were burned, and their property was confiscated by the state hand handed to the Church. This collection consists of ten separate texts by different authors; each with an individual introduction by the translator. All of them have been newly translated here, some for the first time in centuries, many for the first time ever: -The amusing, extremely blasphemous dialogues from 1537 called 'Cymbalum Mundi', attributed to Bonaventure des P riers (1510-44);-The short atheistic text called 'Illustrious Reader', attributed to Jacques Gruet (?-1547), who was put to death for his beliefs in John Calvin's Geneva;-The controversial 'The Beatitude of the Christians, or the Scourge of Faith', by Geoffroy Vall e (1535-74), who was put to death for writing this book;-Selections on (secular) ethics and religion from 'On Wisdom' by Pierre Charron (1541-1603);-Selections on evolution and religion from 'De Admirandis Naturae Reginae...' by Lucilio Vanini (1585-1619), the famous martyr for free thought;-The poem "First Satire" by Th ophile de Viau (1590-1626), another victim of the thought police;-The poem "The Deist's Quatrains", attributed to Claude Belurgey;-"A Dialogue on the Subject of the Private Life", by Fran ois de La Mothe Le Vayer (1588-1672);-A Selection of Libertine and Atheistic Songs by Claude de Chouvigny, baron de Blot l' glise (1605-55);-The hedonistic manuscript called "The Anti-Christian Philosopher", whose author is unknown, from the 1640s or '50s.