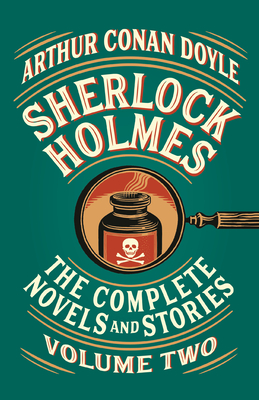 Volume II contains the fourth of the Sherlock Holmes novels, The Valley of Fear, in which Holmes memorably faces his malignant archenemy, Professor Moriarty. The short stories collected here include such celebrated gems as "The Adventure of Wisteria Lodge," "The Adventure of the Red Circle," "The Adventure of the Devil's Foot," "The Adventure of the Sussex Vampire," and "His Last Bow: The War Service of Sherlock Holmes." With the stories from the final collection, The Case-Book of Sherlock Holmes, published in 1927, this volume carries the venerable detective through to the very end of his enthralling four-decade career as one of the most beloved characters in literature.
SIR ARTHUR CONAN DOYLE (1859-1930) was born in Edinburgh, Scotland. He studied medicine at the University of Edinburgh and began to write stories while he was a student. Over his life he produced more than thirty books and 150 short stories, as well as poems, plays, and essays across a wide range of genres. His most famous creation is the detective Sherlock Holmes, whom he introduced in his first novel, A Study in Scarlet (1887), and last wrote about in short stories published in 1927.