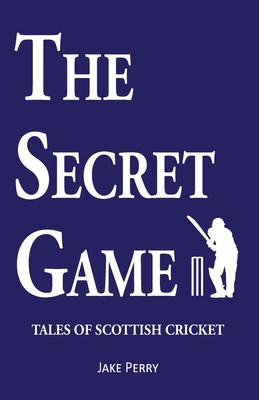 
Special Order—Subject to Availability
(This book cannot be returned.)
A Scot once held the record for the highest individual score. A Scottish cricket club was once the best village team in Britain. Contrary to popular belief, Hadrian's Wall does not mark the furthest extent of the cricketing world.Join Jake Perry on a journey through the history of Caledonian cricket. Relive the days when cricket icons like WG Grace and Don Bradman played on Scottish wickets. Discover how home-grown talent like James Stewart Carrick and Leslie Balfour-Melville contributed to the world game. Uncover the Scottish roots of Archie Jackson and Douglas Jardine.From Test superstars to village cricketers, The Secret Game explores the little-known cricket stories found north of the border.