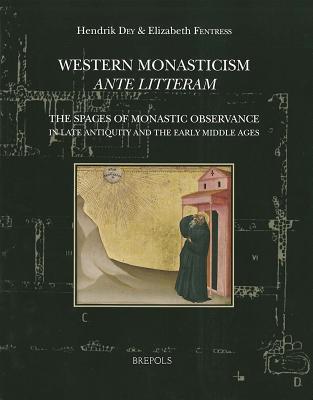 
Special Order—Subject to Availability
(This book cannot be returned.)
Space has always played a crucial part in defining the place that monks and nuns occupy in the world. Even during the first centuries of the monastic phenomenon, when the possible varieties of monastic practice were nearly infinite, there was a common thread in the need to differentiate the monk from the rest: whatever else they were supposed to be, monks were beings apart, unique, in some sense separate from the mainstream. The physical contours of monastic topographies, natural and constructed, are thus fundamental to an understanding of how early monks went about defining the parameters of their everyday lives, their modes of religious observance, and their interactions with the larger world around them. The group of eminent historians and archaeologists present at the American Academy in Rome in March, 2007 for the conference 'Western monasticism ante litteram. The spaces of early monastic observance, ' whose contributions comprise the bulk of this volume, have sought to reconsider the theory, the practice and above all the spaces of early monasticism in the West, in the hope of creating a more complete picture of that seminal period, from the fourth century until the ninth, when notions of what it meant to be a monk were as numerous as they were varied and (often) conflicting.