The Autonomy Paradox: Teachers' Perceptions of Self-Governance Across Europe (Paperback) 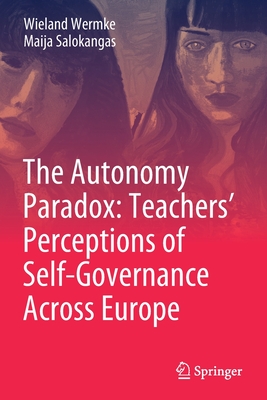 The Autonomy Paradox: Teachers' Perceptions of Self-Governance Across Europe (Paperback)

What do we mean when we speak about teacher autonomy? How free are teachers to go about their work?

To answer these complex questions the authors asked thousands of teachers in four national contexts: in Finland, Ireland, Germany and Sweden, what they think autonomy looks like. The resulting book examines teacher autonomy theoretically and empirically, comparing teachers' perceptions of their professional autonomy. Utilizing a mixed method approach the authors combine data from a large-scale questionnaire study, teacher interviews, lesson and meeting observations, and workshops that brought together teachers from the four participating countries. All this engagement with teachers revealed that simply increasing their professional autonomy might not lead to desired outcomes. This is because, from a teachers' point of view, increased decision-making capacity brings further complexity and risk to their work, and it may instead lead to anxiety, self-restriction, and the eventual rejection of autonomy. These surprising conclusions challenge the increasingly orthodox view that increased autonomy is a desirable end in itself. This is what the authors call the autonomy paradox.

Wieland Wermke is Associate Professor of education and works currently at Stockholm University, Department of Special Education, Sweden. Wieland's research has its interest in comparative education with a special focus on teacher professionalism. Together with various colleagues, he has mostly investigated teachers in Germany, Sweden, Finland, Norway and England. Together with Maija Salokangas, he has conducted a comparative study on teachers' perceived autonomy in four European countries, which is the foundation for this book. Wieland has also written a handbook (in Swedish) and articles on comparative education methodology. Maija Salokangas is Associate Professor in the Department of Education, Maynooth University, Ireland. Her research explores the interplay between education policy and practice, with a focus on agency and autonomy. Recently, she has explored teachers' work in a number of countries including Ireland, Finland, Sweden, Germany and England. Maija's earlier publications, including her previous book Inside the Autonomous School: Making Sense of the Global Educational Trend (2017) critique the international school autonomy movement.