Domestic Violence in the Anglophone Caribbean: Consequences and Practices (Hardcover) 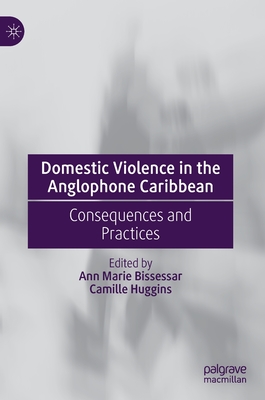 Domestic Violence in the Anglophone Caribbean: Consequences and Practices (Hardcover)


Not On Our Shelves—Ships in 1-5 Days
(This book cannot be returned.)
Domestic violence continues to be a social problem that is rarely understood or discussed in many parts of the world. The same holds true in the Anglophone Caribbean. The Caribbean context is unique as it was birthed out of colonization, which was violent and brutal for those who were forced to migrate from another country as enslaved labor, as well as for those who were conquered out of their lands. Most Caribbean islands' societies were created and developed by slaves, colonizers, and indentured servants. This history has left an indelible scar on all involved, which is exemplified by the antagonistic way people interact, whether it is between races, ethnicities, religions, or gender. Traditionally, domestic relationships and causal factors for domestic violence has been investigated from a myriad of perspectives including the ethnic lineage of the participants. However, in the Caribbean due to its historic origins, domestic violence should also be examined through the lens of its colonial past. This book examines the consequences of allowing domestic violence to perpetuate in the region. It then looks at some of practices used to provide support and find justice for victims and perpetrators in a Caribbean cultural context.
Ann Marie Bissessar is a full tenured Professor with the Department of Political Science, Faculty of Social Sciences, The University of the West Indies, St Augustine, Trinidad and Tobago. Camille Huggins is a lecturer at the University of the West Indies, St. Augustine, with the Faculty of Social Science, Trinidad and Tobago.