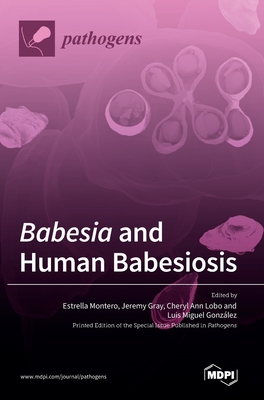 Babesiosis, caused by tick-transmitted intraerythrocytic parasites (Babesia spp.), occurs worldwide. The disease mainly affects livestock, but records of infections in humans are increasing, and the disease is considered to be emerging worldwide.

This book provides a comprehensive and holistic view of Babesia species that can infect humans. Numerous experts analyze, in detail, basic aspects of the biology of Babesia, the pathology of the babesiosis highlighting the pathogenesis of babesiosis in sickle cell, the eco-epidemiology of tick vectors and the impact of climate change on them, the current status, and future prospects for laboratory diagnosis and measures to prevent transfusion transmission. The book also focused on unidentified Babesia parasites that continue to emerge, most likely from wildlife, for which neither tick vector species nor vertebrate reservoir host species are currently known. Lastly, current and new therapies for infected patients, in vitro and in vivo culture systems for antibabesial evaluation and measures to prevent infections are also considered.