Sport and the Literary Imagination; Essays in history, literature, and sport (Paperback) 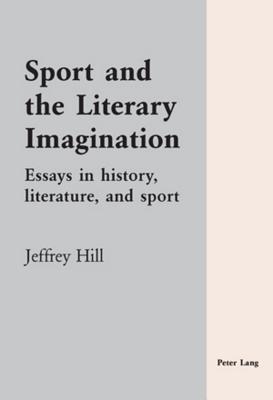 Sport and the Literary Imagination; Essays in history, literature, and sport (Paperback)


Not On Our Shelves—Ships in 1-5 Days
(This book cannot be returned.)
The development of sport in the twentieth century has been examined from a variety of angles. Rarely, though, has the work of the creative writer been considered in detail. This book directs its attention to this neglected area, examining a selection of novels in which the subject of sport has featured prominently. It highlights the ways in which novelists in the second half of the twentieth century have approached sport, explained its place in society, and through the sporting subject constructed a critique of the historical circumstances in which their narrative is set. The study therefore seeks to complement the increasing body of work on the representation of sport through such media as film, television, and autobiography. It also brings a fresh dimension to the use made by historians of literary sources, suggesting that creative fiction can be far more valuable as historical evidence than has customarily been acknowledged.
The Author: Jeffrey Hill is currently Director of the International Centre for Sport History and Culture and Professor of Historical and Cultural Studies at De Montfort University in Leicester, UK. He previously worked at Nottingham Trent University, and still lives in Nottingham. He has been a Visiting Professor at Columbus State University, Georgia, USA, and joint editor of the journal Sport in History. His academic interests link the social and cultural history of leisure with questions of historiography.