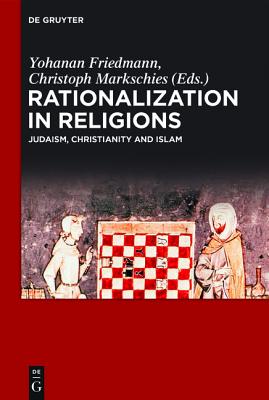 
Not On Our Shelves—Ships in 1-5 Days
Current tendencies in religious studies and theology show a growing interest for the interchange between religions and the cultures of rationalization surrounding them. The studies published in this volume, based on the international conferences of both the Berlin-Brandenburgische Akademie der Wissenschaften and the Israel Academy of Sciences and Humanities, aim to contribute to this field of interest by dealing with concepts and influences of rationalization in Judaism, Christianity, Islam and religion in general. In addition to taking a closer look at the immediate links in the history of tradition between those rationalizing movements and evolutions in religion, emphasis is put on intellectual-historical convergences: Therefore, the articles are led by central comparative questions, such as what factors foster/hinder rationalization?; where are criteria for rationalization drawn from?; in which institutions is rationalization taking place?; who propagates, supports and utilizes rationalization?
Yohanan Friedmann, Hebrew University of Jerusalem, Israel and Christoph Markschies, Humboldt University, Berlin, Germany.