Die andere Seite des Islam (Religion and Its Others #7) (Hardcover) 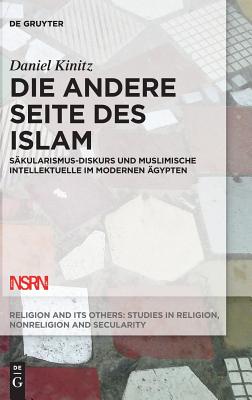 Die andere Seite des Islam (Religion and Its Others #7) (Hardcover)

The series Religion and Its Others: Studies in Religion, Nonreligion and Secularity (RIO) considers the multiple relations between religion, nonreligion and secularity. Monographs, edited volumes and readers in this series are concerned with the forming and reforming of religious traditions in relation to their cultural and political contexts, their boundaries and what is beyond those boundaries. The series explores apparently nonreligious or 'irreligious' phenomena that are significantly related to religion (including forms of atheism, agnosticism, indifference) and modes of differentiation between religion and its various others, often institutionalized in cultural, legal and political orders. Affiliated with the interdisciplinary Nonreligion and Secularity Research Network (https: //thensrn.org/), the series publishes research from across disciplines, including religious studies; anthropology, sociology and psychology of religions; history and philosophy of religions; political, cultural and area studies; media and communication studies; and studies of visual and performing arts.