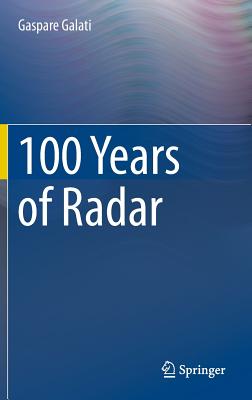 
Not On Our Shelves—Ships in 1-5 Days
Foreword.- List of the main abbreviations, definitions, symbols.- Preface by Benito Palumbo.- The unfortunate inventor and the lucky one - the Ur-radar, primordial apparatus.- The owls and the Owl - birth of the Italian radar.- A simultaneous invention - the first developments.- The air defense and the alleged father of radar.- The Second World War and its legacies.- The radar flies: birth and development of airborne radar systems.- The Italian situation in post-war period: SMA, Microlambda, Sindel, Selenia, Contraves, GEM, IDS.- From terrestrial to space-based radar: the adventure of Synthetic Aperture Radar (SAR).- Scops owls and bats - some considerations on the development of radar.- System Integration: final solution for the radar?.- Afterword by Giuseppe Pelosi.- References.- Index of Names.- Appendixes.
Gaspare GALATI received a Dr. Ing. Degree (Laurea) in Nuclear Engineering in 1970 and subsequently worked until 1986 for the company Selenia, where he was involved in radar systems analysis and design. From 1984 to 1986 he headed Selenia's System Analysis Group, a group of 12 graduate engineers supporting the whole company for R&D activities in the field of radar systems, telecommunications, and computer applications. He conceived and analyzed the former Adaptive Moving Target Indicator (MTI) filter (patented), used in Selenia/Alenia surveillance radars, and was involved in the design of their former MTD (Moving Target Detector) processor. In March 1986 he became Associate Professor of Radar at Tor Vergata University, Rome. Since November 1994, he has been Full Professor of Radar and Navigation Systems at the Tor Vergata University of Rome, where he also teaches Probability, Statistics, and Random Processes. His main interests are in radar theory and techniques, detection and estimation, navigation, and air traffic management. He is the author or co-author of more than 250 papers, 20 patents, 4 research books and 4 teaching books on these topics. He is a senior member of the IEEE and of the Associazione Italiana per l' ICT, AICT. Within the AICT he chairs the Remote Sensing and Guidance Group. He is chairman of the Aerospace and Electronic Systems Chapter of the IEEE - Italy, and a member of the Executive Committee of the IEEE Italy Section.