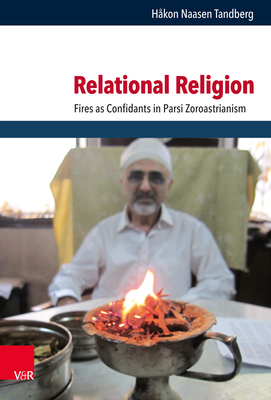 
Special Order—Subject to Availability
(This book cannot be returned.)
Hakon Naasen Tandberg explores how, when, and why humans relate to the non-human world. Based on two ethnographic fieldworks among the Parsis in Mumbai, the research focuses on the role of temple fires in the lives of present-day Parsi Zoroastrians in India as an empirical case. Through four ethnographic portraits, the reader will get a deeper look into the lives of four Parsi individuals, and how their individual biographies, personalities, and interhuman relationships, along with religious identities and roles, shape-and to a certain extent are shaped by-their personal relationships with non-human entities. The book combines affordance theory, exchange theory, and social support to analyze such relationships, and offers suggestive evidence that relationships with non-human entities-in this case the Zoroastrian temple fires-can be experienced as no less real, important, or meaningful than those with other human beings. The book also provides evidence not only that non-human entities such as the temple fires must be considered relational entities analogous to humans, but also that the kind of support provided by the fires and their availability in providing it is experienced as comparable-and in some cases, superior-to support received from human peers. The findings demonstrate that future approaches to religion as a social phenomenon will benefit from moving beyond mere interaction to exploring how and when engagement with religious entities can lead to long-term and emotionally satisfying personal relationships, thus paving the way for a more nuanced and relevant theory of religion as something interwoven into people's everyday lives.