Self and personal identity in jainism (Paperback) 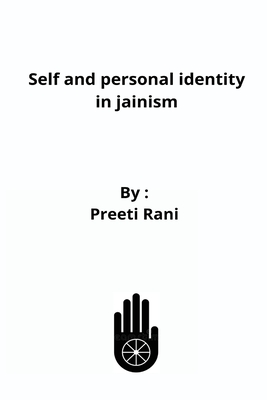 Self and personal identity in jainism (Paperback)

PROBLEM OF PERSONAL IDENTITY ...at every stage we find change, the old leaves being shed off and the new sprouts coming in. This seems to be the general law of nature. The life of the seed does never die; it lives even though it is being constantly changed, and this is what is sat. 1 - Pravacanasāra, 2.9 The problem of personal identity is deep rooted in the phenomenon of change and persistence. Not only natural objects but person also goes through changes. Our question concerns how can a person remain same and subject to change. Concept of personal identity consists in the answer to the question what makes a person at one time identical to a person at another time? The questions "what makes a person a person" and "what maintains the identity of the person" are actually same question. But asking for "criterions of identity of a person" and "process of identification of a person" are two different things. Identity of the person is independent of the fact whether somebody recognised that person or not. There are many views regarding what personal identity consists in: animalistic view, soul or self-view, psychological continuity view. Debates related to concept of person and personal identity has been prevalent from ancient times in the west. Contemporary western philosophers in their expedition of finding a full proof criterion of personal identity, take help of thought experiments and scientific developments. This debate has not lost its significance because of its impact on ethical concerns. But this quest is not exclusive to the western philosophers only, in India different philosophies developed by way of answering questions related to selfquest (ātam-vidyā). Jainism one of the oldest philosophical schools of India also tried to 1 Kundakundācārya, Pravacanasāra, ed. by A.N. Upadhye, (Paramśruta Prabhāvak Mandal, Rāgacandra Jain Śāstramālā, Agasa, Gujarat, 4th edn. 1984), Gāthā, 2.9, p. 126. When the seed is planted in the soil it must necessarily break the shell and sprout out. This is the first step in its attempt to grow. Then the sprouting seed further undergoes change and some portion of it comes out seeking the sunlight and the other goes down into the soil, will undergo enormous changes into the root system. Similarly, the portion that shoots up into the air and sunlight will also undergo enormous changes, of sprouting out in tendrils and leaves, finally resulting in branches and stem of the plant all engaged in the task of procuring nourishment with the help of sunlight,