Sikh Heritage: A History of Valour and Devotion (Hardcover) 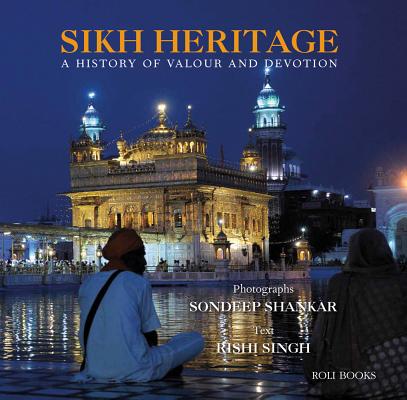 Sikh Heritage: A History of Valour and Devotion (Hardcover)


Special Order—Subject to Availability
Dr Rishi Singh has been involved with the prestigious National Institute of Panjab Studies, New Delhi, where he was a research associate, and managed a project on Sikh relics. He has also co-authored an acclaimed book on Maharaja Ranjit Singh, and researched books on the Golden Temple, Anandpur Sahib and Hemkunt Sahib. He has been involved as a project advisor (India) for the United Nations University Leadership Academy, Amman. He has been well published in national newspapers, research journals, and magazines in India and Canada, has presented papers internationally, and been a consultant for a documentary on Maharaja Ranjit Singh. For over three decades, Sondeep Shankar has roamed the length and breadth of India to document the human side of any activity, whether social, cultural, religious or political. He became a photographer after graduating from St Stephen's College, Delhi University, in 1973. Beginning his career as a photographer with the Hindustan Times, he has since worked for various national and international media organizations. Sondeep is currently consulting editor for pictures with the Asian Age and Deccan Chronicle. Sondeep's first book, Rajasthan, was published by Roli Books in 1980. His published works include a ten-book series on various aspects of Sikhism; Childhood in India, Havelis of Old Delhi, Ganesha - The Lord of Beginnings and Devi.