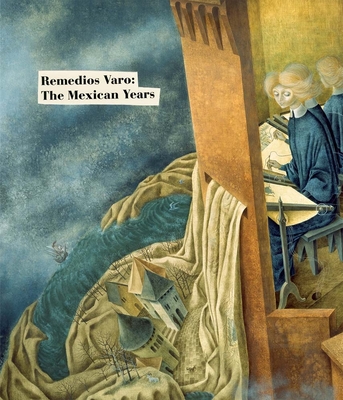 Between mysticism and modernity: the magical surrealism of Remedios Varo

Remedios Varo: The Mexican Years offers a definitive survey of the life and work of a singularly appealing and mysterious Surrealist painter. Born and raised in Spain, Remedios Varo received her earliest training in Madrid before fleeing the Spanish Civil War in 1937 to join Surrealist circles in Paris. The outbreak of World War II forced her to take refuge in Mexico, where she remained until her untimely death in 1963, and where she created her most enduring work. Known as one of the three "brujas" (witches) active in the Mexico City art milieu, Varo shared an interest in esotericism with fellow painter Leonora Carrington and a range of interests in science, philosophy and the literature of German Romanticism with the photographer Kati Horna. For some ten years, from the mid-1950s until her death in 1963, Varo devoted herself to creating an extraordinary dreamlike oeuvre, on the threshold between mysticism and modernity. Her beautifully crafted images of medieval interiors, occult workshops and androgynous figures engaged in alchemical pursuits evoke the eerie allegories of Hieronymus Bosch, esoteric engravings and the charm and lure of fairytales. This catalogue includes a complete illustrated chronology with never before published images and describes Varo's role in the Mexican Surrealist movement and her relations with Luis Bu uel, Octavio Paz, Benjamin P ret, Alice Rahon, Wolfgang Paalen and many others. Remedios Varo (1908-1963) fled the Spanish Civil War and then World War II to settle in Mexico where she helped establish a Mexican Surrealist movement and painted visions that combined modernism with mysticism. She was married to the leading French Surrealist Benjamin P ret.