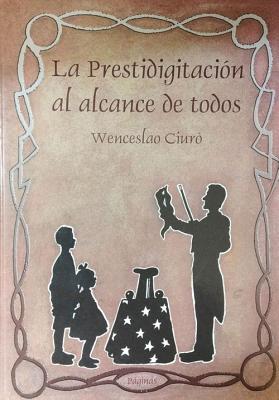 
Backordered
This magical classic introduced an entire generation of Spaniards to the exciting world of magic. It included four parts that takes the reader through the beginning stage of magic with basic concepts, keys to becoming a good magician, as well as practical advice. Throughout the guide, specific techniques with numerous objects are taught. Also included are more advanced stages of magic such as telepathy, mindreading and hypnotism.
Wenceslao Ciuro was a Spanish magician and priest who spread the word about magic literature in Spain during the 20th century.