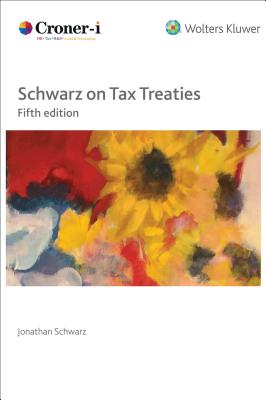 Schwarz on Tax Treaties is the definitive analysis of tax treaties from a UK perspective and provides in depth expert analysis of the interpretation and interaction of the UK's treaty network with EU and international law in their application to UK tax law.

Schwarz on Tax Treaties has established itself as a standard reference work on this challenging subject. The fifth edition significantly develops the earlier work with enhanced commentary and is updated to include the latest UK, international and EU treaty developments including:

Jonathan Schwarz BA, LLB (Witwatersrand), LLM (UC Berkeley), FTII is an English Barrister at Temple Tax Chambers in London and is also a South African Advocate and a Canadian Barrister. His practice focuses on international tax disputes as counsel and advice on solving cross-border tax problems. He is a visiting Professor at King's College London and a member of the Permanent Scientific Committee of the International Fiscal Association. He has been listed as a leading tax Barrister in both the Legal 500 for international corporate tax, and Chambers' Guide to the Legal Profession for international transactions and particular expertise in transfer pricing. He has been lauded in Who's Who Legal, UK Bar for his 'brilliant' handling of cross-border tax problems. In Chambers Guide he is commended for his 'encyclopaedic knowledge of double tax treaties'.