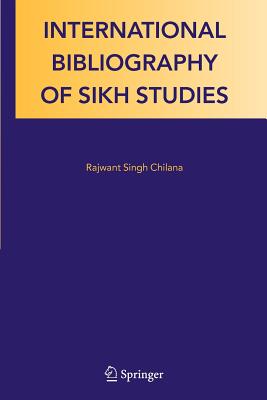 
Not On Our Shelves—Ships in 1-5 Days
Sikhism is one of the youngest religions of the world, and its followers, Sikhs, are renowned as ?erceandproudwarriors. Theybelieveinsingle, formlessGod, andarenowsettledinalmost- erycountryonthisplanet. Becauseoftheirdedication, hard-workandentrepreneurship, anumber of Sikh leaders have occupied coveted positions like President, Prime Minister, Home Minister, FinanceMinister, ForeignMinister, DefenceMinister, SpeakeroftheLokSabha, ChiefMinisters, Governors, Mayors, High Commissioners, Members of Parliament and Legislative Assemblies not only in India but also in other countries. Beside politics, Sikhs have also excelled in the ?eld of education and research, and have earned the distinction of becoming Vice-Chancellors, Directors, Professors, and Senior Research Scientists. Due to their growing popularity, people from around the world want to learn more about their culture, history, politics, religion, and traditions. In recent decades, several studies on Sikhs and Sikhism have attracted global attention. Many colleges and universities in India, Canada, Australia, United Kingdom, United States and other countries have introduced teaching and researchprogramsonSikhculture, religionandDiaspora. Severalconferencesandseminarshave beenorganizedatinternationallevelondifferentaspectsofSikhism. Thisgrowingawarenesshas resulted literature avalanche in Sikh studies. A large number of contributions have been made in the form of various publications. And most recently with the advancement in information technologies, there is a trend to develop more and more electronic and web resources on Sikhs and their religion. For the bibliographical control of the voluminous literature on Sikhism, some efforts have been made in the past by scholars and librarians like Ganda Singh, Kirpal Singh, N. Gerald Barrier, Hakam Singh, Jaginder Singh Ramdev, Jasmer Singh, Rajwant Singh, Man Singh Deora, Priya Muhar Rai, Darshan Singh Tatla, and others.