Lay Your Cards on The Table: Spark the conversation between different generations (Cards) 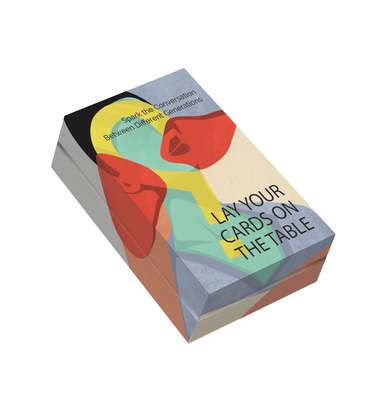 Lay Your Cards on The Table: Spark the conversation between different generations (Cards)


On Our Shelves Now at:
Chatting with colleagues at the coffee machine is easy enough. Talking to a new colleague is a little less easy. Having an in-depth conversation with someone you do not know, is anything but easy. And, if that someone is either half your age or twice as old, it becomes difficult. This game turns that task into a joyful experience. Lay Your Cards on The Table consists of 60 cards with conversation starters. Choose questions from 3 different categories and you will be having great conversations in no time. You can play this game with 2 people or more. You can start the conversation by randomly asking or answering some of the questions or, if you need some more guidance, you can use the game rules. Although in the end, there really is just one rule: Whatever is discussed on the table, stays there!
Een van de Jongens is a documentary production company of producer Hasse van Nunen and director/producer Renko Douze, founded in 2011. In collaboration with idiosyncratic makers with strong visions, they produce meaningful and artistic high-quality documentaries and television programs. The original version of this game was created for the Dutch documentary "Een Nieuwe Morgen." After they watched a project that had young people living in a care home for a year and a half, they came up with the idea of putting their findings into a game that could help several generations to start a good conversation.