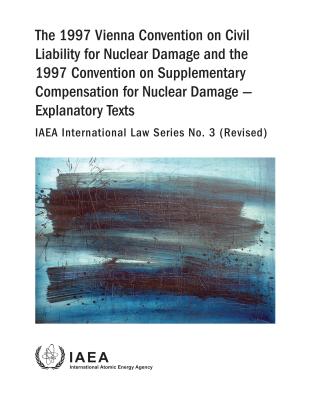 
Special Order—Subject to Availability
This publication reproduces the explanatory texts on the nuclear liability instruments adopted under the IAEA's auspices. Finalized by the International Expert Group on Nuclear Liability (INLEX), these texts constitute a comprehensive study and authoritative interpretation of the IAEA's nuclear liability regime. More particularly, the texts deal with the Protocol to Amend the Vienna Convention on Civil Liability for Nuclear Damage and the Convention on Supplementary Compensation for Nuclear Damage. The publication also presents an overview and brings together the texts of the IAEA's nuclear liability instruments. Finally, it includes a matrix of comparative provisions in the various nuclear liability instruments, as well as the recommendations on how to achieve a global nuclear liability regime, which were adopted by INLEX in 2012 following a request by the IAEA Action Plan on Nuclear Safety.
The International Atomic Energy Agency (IAEA) is the world's center of cooperation in the nuclear field. It was set up as the world's "Atom's for Peace" organization in 1957 within the United Nations family. The Agency works with its Member States and multiple partners worldwide to promote safe, secure and peaceful nuclear technologies.