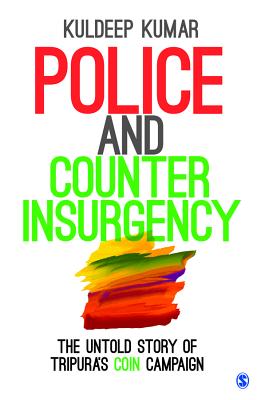 
Special Order—Subject to Availability
(This book cannot be returned.)
How Good Policing Can Help Fight Insurgencies In Conflict-Ridden Societies.

Globally, the role of local police has been receiving increased attention following conflicts in Iraq and Afghanistan. The criminalization of insurgent networks coupled with the growing nexus of warlords and drug lords and porous borders in many conflict areas have also bolstered the case for good policing.

This book makes a case for the increased role of local/state police in counterinsurgency (COIN) operations by citing the successful implementation of this strategy in the state of Tripura led by the author himself. This makes Tripura the only state after Punjab and Andhra Pradesh where the police have taken full control of such operations. The work combines rigorous scholarship and research on general policing and COIN operations with incisive analysis of multiple insurgencies/terrorist movements in India.