The Planetary King: Humayun Padshah, Inventor and Visionary on the Mughal Throne (Hardcover) 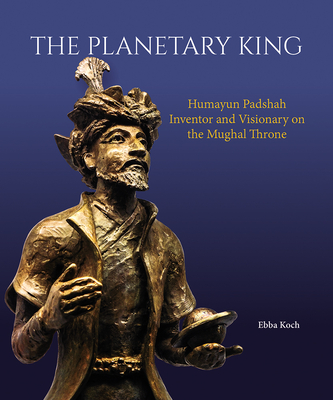 The Planetary King: Humayun Padshah, Inventor and Visionary on the Mughal Throne (Hardcover)


Backordered
Ebba Koch, pre-eminent art and architectural historian, has been a professor at the Institute of Art History in Vienna, Austria, and has taught at the universities of Oxford and Harvard. She specializes in the art and culture of the Great Mughals of South Asia and their artistic connections to Central Asia, Iran and Europe and is considered a leading authority on Mughal architecture. In 2016, Koch became the advisor to the Aga Khan Trust for Culture, India. She has published numerous papers in journals and volumes on Indian and Islamic architecture and art, which also address cultural issues of interest to political, social and economic historians. Her volume The Complete Taj Mahal (2006/2012) has become the standard work on the subject.