The Regulation of Decommissioning, Abandonment and Reuse Initiatives in the Oil and Gas Industry: From Obligation to Opportunities (Hardcover) 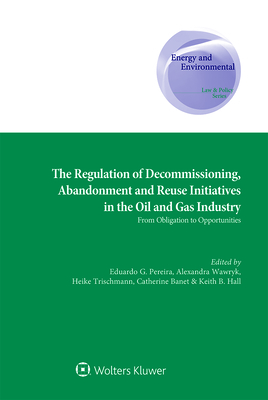 The Regulation of Decommissioning, Abandonment and Reuse Initiatives in the Oil and Gas Industry: From Obligation to Opportunities (Hardcover)

In the process of resolving disputes, it is not uncommon for parties to justify actions otherwise in breach of their obligations by invoking the need to protect some aspect of the elusive concept of public order. Until this thoroughly researched book, the criteria and factors against which international dispute bodies assess such claims have remained unclear. Now, by providing an in-depth comparative analysis of relevant jurisprudence under four distinct international dispute resolution systems - trade, investment, human rights and international commercial arbitration - the author of this invaluable book identifies common core benchmarks for the application of the public order exception.

To achieve the broadest possible scope for her analysis, the author examines the public order exception's function, role and application within the following international dispute resolution systems:

Controversies, tensions and pitfalls inherent in invoking the public order exception are elucidated, along with clear guidelines on how arguments may be crafted in order to enhance prospects of success. Throughout, tables and graphs systematize key aspects of the relevant jurisprudence under each of the dispute resolution systems analysed.

As an immediate practical resource for lawyers on any side of a dispute who wish to invoke or strengthen a public order exception claim, the book's systematic analysis will be welcomed by lawyers active in WTO disputes, international investment arbitration, human rights law or enforcement of foreign arbitral awards. Academics and policymakers will find a signal contribution to the ongoing debate on the existence, legal basis, content and functions of the transnational public order.