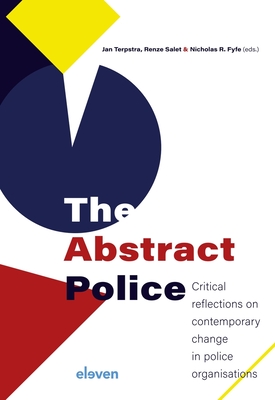 Over the past ten to fifteen years the police in many Western European countries have undergone a series of profound organisational changes. The police now appear to operate at a greater distance from citizens, they are more impersonal and  decontextualized and have become more dependent on digitalised data systems.

These changes are captured through the concept of the ‘abstract police’ and in this international collection of essays, leading policing scholars use this concept to make sense of contemporary changes to police organisations.

Drawing on empirical evidence from a wide range of policing contexts, the individual chapters address major questions about current developments in policing:

Jan Terpstra is professor emeritus at the Radboud University of Nijmegen, the Netherlands, and fellow at the Free University of Brussels (Research Group Crime & Society), Belgium. His main topics of research are the police (in practice and in policy), plural policing, criminal justice, and issues of public and private security.

Renze Salet is assistant professor criminology at the department of Criminal Law & Criminology of the Radboud University, Nijmegen (the Netherlands). She conducts research on the empirical functioning of the police and other agencies in the domain of public safety.

Nicholas R. Fyfe is Professor and Vice Principal for Research at Robert Gordon University, Aberdeen. He was the founding Director of the Scottish Institute for Policing Research and his recent works has focused on issues of police reform, the use of research evidence to inform police practice, and the policing of missing persons.