Nation and Migration: How Citizens in Europe Are Coping with Xenophobia (Hardcover) 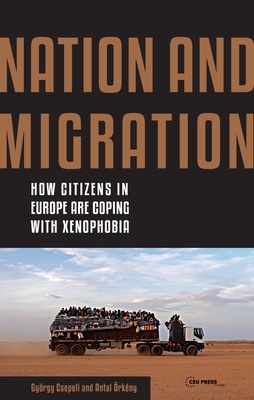 Nation and Migration: How Citizens in Europe Are Coping with Xenophobia (Hardcover)

Nation and Migration provides a way to understand recent migration events in Europe that have attracted the world's attention. The emergence of the nations in the West promised homogenization, but instead the imagined national communities have everywhere become places of heterogeneity, and modern nation states have been haunted by the specter of minorities. This study analyses experiences relating to migration in 23 European countries. It is based on data from the International Social Survey Programme, a global cross-national collaborative exercise, with surveys made in 1995, 2003, and 2013. In the authors' view, a critical test for Europe will be its ability to find adequate responses to the challenges of globalization.

The book provides a detailed overview of how citizens in Europe are coping with a xenophobia fueled by their own sense of insecurity. The authors reconstruct the competing sociological reactions to migration in the forms of integration, assimilation and segregation. Hungary receives special attention: the data show that people living there are far less closed and xenophobic than they might seem through the prism of a media-instigated moral panic.