The Afro-Hispanic Reader and Anthology (Paperback) 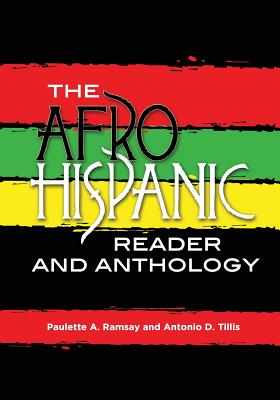 The Afro-Hispanic Reader and Anthology (Paperback)

The growing prominence of afrocentricity has contributed to the increase in black Hispanic literature and the emergence of Afro-Hispanism as a legitimate genre of historical and sociocultural study. From Nicol's Guill n to Manuel Zapata Olivella and Nancy Morej n, Spanish-speaking black writers have been steadily pressing against the invisibility of black culture. In The Afro-Hispanic Reader, editors Paulette A. Ramsay and Antonio D. Tillis, together with their contributors, present the writings of prominent and emerging Afro-Hispanic writers in a critical study of the work of this seldom-recognised body of scholars. Bilingual in its presentation in both Spanish and English, the Reader provides a fulsome discussion on African Diasporic literature and cultural forms and a wider embrace of cultural production by writers in the Americas, the Caribbean and in Africa. The book is divided into four parts, the first two focusing on a specific country in the Caribbean, Central and Latin America, Mexico and Equatorial Guinea. An overview of the black presence is discussed together with the historical, political and sociocultural issues that have emerged in each country. The work and contribution of an individual writer is also presented with questions for discussion to enable a deeper understanding of the writer's context and themes. Parts three and four present additional excerpts from black Hispanic writers showcasing the rich body of literature and further highlighting the enduring legacy of the African Diaspora. A welcomed addition to the field of literary criticism, this Reader will significantly contribute to the increasing recognition and regeneration of Afro-Hispanism.