From Opium to Methamphetamines: The Nine Lives of the Drug Industry in Southeast Asia (Hardcover) 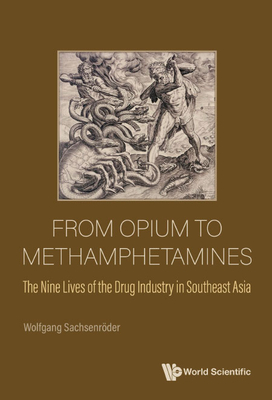 From Opium to Methamphetamines: The Nine Lives of the Drug Industry in Southeast Asia (Hardcover)


Not On Our Shelves—Ships in 1-5 Days
(This book cannot be returned.)
Southeast Asia is one of the biggest marketplaces for illicit drugs. The international syndicates with their billion-dollar profits are similar to the Hydra of the old Greek mythology which grew two new heads if one was cut off. Hercules eventually killed the monster with the help of his nephew who cauterised the fresh wounds before new heads could emerge. This story describes quite well the challenging task for the political and police efforts to fight the narcotics industry which has a long history in Asia. From the early 1800s, the East India Company dumped Indian opium on China and ruined the economy of both countries. During the colonial heydays, Britain in Malaya and Burma, France in Indochina, and the Netherlands in today's Indonesia, financed big parts of their colonial budgets with opium. In the 20th century, heroin ruined countless lives in Southeast Asia and in the West.Today, synthetic drugs, especially methamphetamines, are produced in hidden laboratories in remote areas of the region and smuggled across the porous borders. Drug prevention programs and the harsh penalties in all ASEAN states have not reduced the drug trade and the consumption. On the contrary, both are growing.This book analyses the detrimental impact of the drug industry on the political economy and the social developments in Southeast Asia. Shortcomings and lasting damages can be traced in the political structures, in the rampant corruption, and the secretive links between customs, armies, police organisations, and organised crime.