Study of Linear and Nonlinear Models with Mathematica (Hardcover) 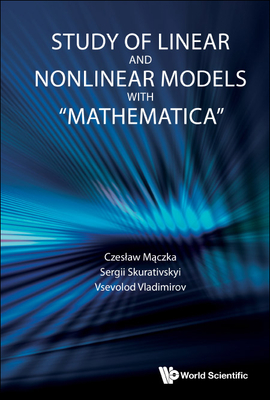 Study of Linear and Nonlinear Models with Mathematica (Hardcover)


Not On Our Shelves—Ships in 1-5 Days
(This book cannot be returned.)
The book is devoted to the problems of modeling physical systems and fields using the tools and capabilities of the 'Mathematica' software package. In the process of teaching classical courses in mechanics and mathematical physics, one often has to overcome significant difficulties associated with the cumbersomeness of the mathematical apparatus, which more than once distracts from the essence of the problems under consideration. The use of the 'Mathematica' package, which has a rich set of analytical and graphic tools, makes the presentation of classic issues related to modeling and interpretation of physical processes much more transparent. This package enables the visualization of both analytical solutions of nonlinear differential equations and solutions obtained in the form of infinite series or special functions.The textbook consists of two parts that can be studied independently of each other. The first part deals with the issues of nonlinear mechanics and the theory of oscillations. The second part covers linear problems of classical mathematical physics and nonlinear evolution models describing, inter alia, transport phenomena and propagation of waves. The book contains the codes of programs written in the 'Mathematica' package environment. Supplementary materials of programs illustrating and often complementing the presented material are available on the publisher's website.