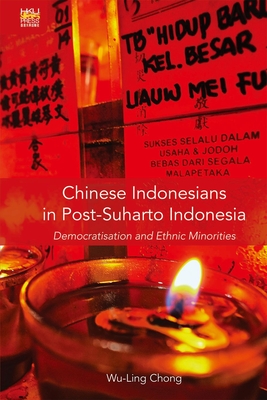 
Special Order—Subject to Availability
Selfish, obscenely rich, insular, and opportunistic these remain how Chinese minorities in Indonesia are perceived by the indigenous population. However, far from being passive victims of discrimination and marginalisation, Chong presents a forceful case in which Chinese Indonesians possess the agency to shape their future in the country, particularly in the changing political, business, and socio-cultural environment after the fall of Suharto. While a lack of good governance that promotes the rule of law and accountability allows or even encourages some Chinese to maintain the status quo by perpetuating corrupt business practices inherited from Suharto’s New Order regime, there are other Chinese Indonesians who make full use of the democratic space opened up under the new administrations, acting as agents of reform by participating in electoral politics and establishing inter-ethnic socio-cultural organisations. Building on Anthony Giddens’s structure-agency theory and Pierre Bourdieu’s notions of habitus and field, Chong shows that the Chinese minorities have played an active role in the democratic process, even though they continue to occupy an ambivalent position in Indonesia. The Chinese Indonesians’ diverse strategies to safeguard their personal interests and cultural identities make a stimulating case study of what an ethnic minority could do to make a difference.
Wu-Ling Chong is a senior lecturer in the Department of Southeast Asian Studies at the University of Malaya, Malaysia. Her research interests include ethnic Chinese studies and politics in Indonesia and Malaysia.