It Takes A Posse (Paperback) 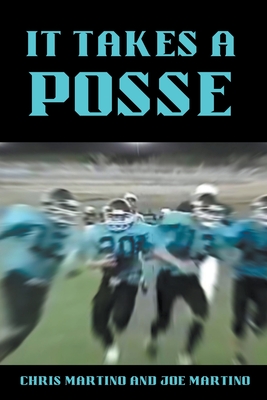 It Takes A Posse (Paperback)

"The town is too small; you won't get the numbers out."--"There's not enough money."--"There are already too many other things for kids to do."--"The kids today are just different."

They heard it all. Yet, a father and son set out to form a community football team simply for something to do together now that the son's playing days were over. That Parksville Posse team won the British Columbia, Canada, championship in just its second year, putting Parksville squarely on the province's football map

With a posse of enthused supporters wanting more, Chris and Joe Martino took their unique brand of football to the local high school, changing the culture forever. The Ballenas Whalers finished as runners-up in the championship game in only their second year of competition and won the AA high school provincial championship in year three It remains one of the province's premier youth programs almost twenty-five years later.

It Takes A Posse is a history of that journey told through the words of those who lived it. Through these interviews, you will share their exhilaration, disappointment, joy, misgivings, life lessons, loss, and sense of community.

In the end, perhaps you, too, will feel why they believe you don't have to be blood to be family and so strongly in their philosophy of finishing--strong and together.