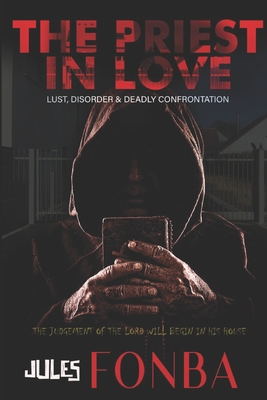 
Backordered
(This book cannot be returned.)
CHASTITY VOWS TWISTING CAN BE VERY FATAL WHEN PARTICULARLY TUNNELED TO HAVING SEX WITH TEENAGE STUDENTS AND GETTING SOME OF THEM PREGNANT. Rev. Father Kovsi is the principal of St. Jude's Secondary College, found in the village of Wongla. A mixed-gender dormitory school regarded as a milieu of reference and run with a Catholic administrative system.But despite this widespread belief among parents whose children were part of the academic institution reposed beneath a demon in the cassock, propelled by the devilish spirits of pedophilia, tyranny, violence, and Waterloo. When Mike Fomo landed in St. Jude's Secondary College though everything but a student Rev. Father Kovsi lecherousness had clocked it peak. Things began to take funny turns as little Gwenetta Leila made it known formally to the reverend that they were going to be parents during their intimacy.However, at the end of the day, the whole circle became an inferno. Measuring the temperature, will Rev. Father Kovsi accept priesthood and parenthood? Will he also succeed in making Angelica warm his bed, or just embrace his nemesis? Will the judgment of the Lord truly begin in his house? THE PRIEST IN LOVE is a revealing mixture of suspense, conspiracy, and moral decadence that will keep the reader spellbound.