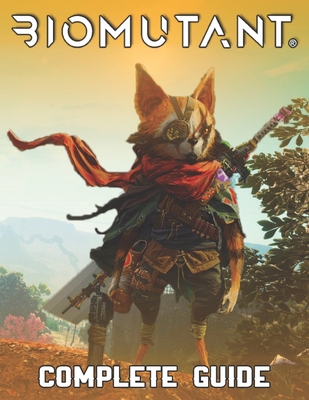 Biomutant is an action-adventure RPG from the former developers of the Just Cause series, in which players find themselves in a post-apocalyptic world full of mutant animals that fight with each other and with the world around them, using a variety of weapons and martial arts techniques. Players will find a "kung fu tale" about good and evil, as well as the role of simple creatures in the existence of the world. The world of the game is open, and allows players not only to walk on foot, but also to use various vehicles, including balloons, boats, and huge combat robots. The map is divided into several climatic zones, each of which has its own conditions and opponents living there. The main character of the game will have to fight a lot, which will help craft all kinds of weapons, as well as a character development system, thanks to which the protagonist can master not only kung fu techniques, but also various psionic techniques.

This is a comprehensive guide that will walk you through all the most critical pieces of the game. A big book of players' hacks organized in an easy-to-reference encyclopedia format, this book will show readers the ins and outs of the game. Become a Pro Player in Biomutant.

So, what are you waiting for? Once you grab a copy of our guide, you'll be dominating the game in no time at all Get your Pro tips now.?